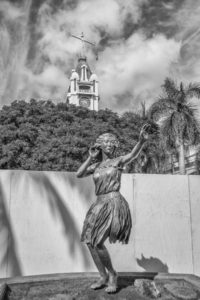 The beautiful island-state of Hawaii is steeped in an equally beautiful and rich culture and history.  Much of this culture and history is reflected in the Hawaiian architecture that still remains decades after its construction. From the earliest grass huts of the ancient tribes to the most advanced glass skyscrapers of modern civilization, Hawaiian structures reflect the spirit and attitudes of its people throughout the ages. Canadian fur trappers, visiting whalers, early European traders, English and French missionaries, Asian plantation laborers, and more all played a role in shaping Hawaiian history and architecture over the years.

There is, however, one period in particular that stands out in history as a true Golden Age of architecture and construction in Hawaii. While Hawaii was officially annexed into the United States of America in 1898, there is some debate as to whether this Golden Age, commonly known as the Territorial Era of Hawaii, began that same year or back in 1893. This Golden Age lasted until 1941 when the Japanese attacked Pearl Harbor and brought America into World War II, at which point all building virtually ceased due to architects either moving away or joining the war effort.

At the turn of the century in 1900, much of the city of Honolulu was destroyed in the Great Chinatown Fire. Like the legendary phoenix, however, the city rose up newer and brighter than before, as the destruction provided an excellent opportunity to rebuild and rebuild they most certainly did. Rather than transplanting the architectural designs of Europe or New England without change, Hawaiian architects began adapting the styles of Spanish Missions and Mediterranean styles to the needs of the local climate and culture. This came to be known as the “classical” period of Hawaiian architecture.

Details of the Design

Naturally, these designs had to be adapted for Hawaiian structures, and thus included wide eaves, double-pitched hipped roofs, broad lanai and porches, Asian design motifs, use of local materials, and large openings for catching trade winds, plus they maintained a rather loose relationship between the outdoor and indoor areas. All in all, this created a very organic style of architecture that is wholly unique to Hawaii and is reflected in a number of prominent structures of that era.

One particular architect by the name of Charles W. Dickey created what is now the most famous and well-known  form ever to come out of the Golden Age of Hawaiian architecture. The “Dickey roof” was inspired by Native Hawaiian architecture, as well as other ethnic designs, and was perfectly suited to the island’s culture, climate and history. Echoing the Hawaiian hale, a steep, high-volume roof helps combat heat, while wide eaves keep out sun, wind and rain. The double pitch, inspired by the growing Chinese and Japanese population of Hawaii, solved the incompatibility issue between the broad eaves and steep roofline. While many styles and expressions of Territorial architecture are prevalent all across Hawaii, the double-pitched, hipped roof was an amazing triumph of architectural design and ended up becoming one of the aesthetic signatures of the era.

Hawaiian architecture is as varied and rich as the culture that inspired it. Throughout Hawaiian history, the structures each era constructed reflect the hearts and minds of the people who lived during that time, and the results are plain to see. At Hawaii Island Architects, we work to bring your Hawaiian dream home from your imagination into reality. Contact us online today and let us build your very own piece of Hawaiian history.