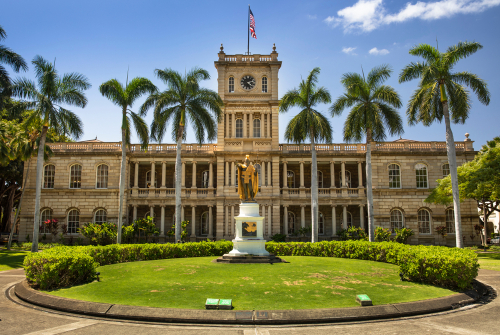 There are many styles to consider when choosing custom home designs in Hawaii. From clean lines to practical features, ornate details and Hawaii-specific designs, there are endless options for you new home. In order to choose a home design that brings out the most of your property – and your lifestyle – it is important to understand the history of Hawaiian architecture and how these styles impact our custom home designs today. Here is a brief summary of architectural styles as they are used in Hawaii today.

Hawaii’s modern architecture is heavily influenced by its past. Early Russian and European fur traders impacted the style of homes on the islands even before its colonization. In the early 1800s, American Protestant missionaries arrived from New England. They built churches and homes with high-pitched roofs and clapboards in a simple, modest style that aligned with their religious values. Mormon and Catholic missionaries soon followed. Travelers adapted to their new environment, replacing traditional bricks with coral blocks, which were more plentiful in the area. This blend of traditional American architecture with the resources that were available in Hawaii created an entirely new style knows as Hawaii Mission Architecture. It is still seen in many historical buildings today.

Hawaiian Renaissance architecture mimicked the sleek structure of Italian buildings. The stately, ornate style was selected to build Ali’iolani Hale (pictured above). Ali’iolani Hale was designed by Australian architect Thomas Rowe to be a palace but was repurposed into a government building before its completion in 1874. Today, this building functions as the home of the Hawaii State Supreme Court.

In the 1920s and 1930s, neoclassicism came to Hawaii. Art Deco combines ancient Greek and Roman architecture to form something completely modern and unique. This was popular in the 1920s and is still visible today in the Hawaii Theatre.

The International Architectural style is easily recognized by its plain style with clean lines, open layout and pervasive use of black and gray concrete. It was typically used for office buildings in Honolulu, but also makes an appearance in the Hawaii State Capitol Building.

In the 1970s and 1980s, Hawaii Plantation Architecture became very popular. These buildings were designed after the large homes on sugarcane plantations, with wide-hipped roofs, deep eaves, large porticos and vertical plank siding.

Today, architecture is still evolving in Hawaii. The Dickey roof, popularized by Charles William Dickey in the 1920s, is still popular in contemporary designs. They feature wide, shallow-pitched eaves combined with a steep upper roof. This design is functional as well as aesthetic; it is extremely well-suited to withstand wind-driven rains typical of Hawaiian tropical storms.

When it comes to designing your custom home, you can count on Hawaii Island Architects to bring all your favorite elements together into one cohesive design that suits you. Your home build project begins with a detailed consultation, where we will listen to all of your needs and home design preferences. Our team will draft plans and submit them to you for approval. You can be sure that our process makes it easy to build a home that you and your family will love for years to come. Contact us today to request a consultation and begin the home design process!